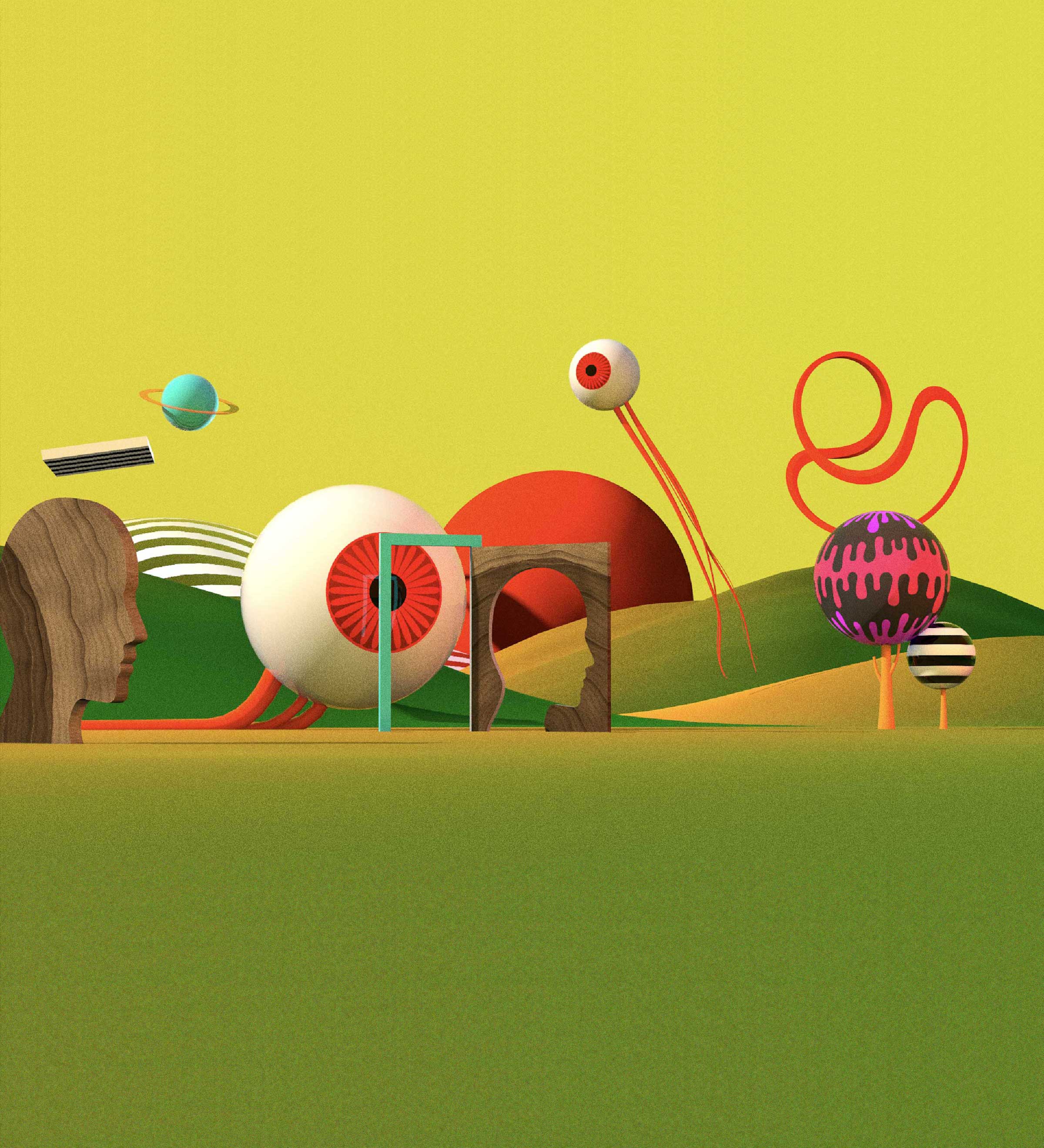 Out through the in door.

Quarantine has definitely tested the bounds of boredom cures. Since day one an endless cycle of Nintendo Switch, Discord, Netflix, cooking, Netflix, guitar playing, home improvement, Netflix, Xbox and Netflix all worked at least for a little bit to take the edge off the home prison. But I have to admit, it eventually kind of stopped. I no longer felt the desire to partake in any of the usual outlets. Ennui had finally set in.

But there was one thing I had forgotten about in the lockdown: VR. Specifically the relatively new Oculus Quest. About 6 months previous to the onset of the pandemic, I took a cruise around the Unity development tools for the Quest and it turned out the platform was fairly simple to pick up and run with.

Experimenting here and there with various scenes, eventually I was able to pick up a workflow of creating an environment in Cinema 4D (our 3D program of choice) and entering into the environment using the Oculus. Words cannot describe the feeling of being able to do that as a designer. Making a new world and then being able to stand in it, walk around in it, look around in it might just be my personal most thrilling moment of creating in the digital space.

Eventually when we all got exceedingly busy at the studio, the Oculus made it’s way on over to the shelf to chill for a bit.

It occurred to me: if you can’t go outside and experience the real world in a meaningful way, why not look inward and create your own world if you have the ability to do so. The Oculus Quest being an untethered headset and controllers being fluid and intuitive, seems to finally be a vehicle for just that.

And my world definitely got strange.

At first I was stuck deciding what I would want to stand in that could make me feel zen. Immediately I wanted to make a personal zen garden. I tossed that idea quickly. Why make something in VR that in real life seemed achievable with some incense and a Tibetan Spotify channel?  No. This world needs to be a weirdo land that is filled with things I can’t experience in the real world. An acid trippy colorscape with floating patterns and bizarre impossible objects. Big giant eyeballs. Melty trees. Maybe some of the eyeballs fly through the sky with nerves floating behind. I added doors to walk through based on ‘60s and ‘70s psychology signs. And infinitely bending geometric sculptures are littered everywhere.

I had found a new happy place.

For anyone debating whether to dip their toes into VR all I can say is get in there. It is very fulfilling for the creative soul. Virtual reality as a platform being the future or not is basically irrelevant at the moment. The fun right now lies in the making.